Our firm has achieved a large number of verdicts that include adequate monetary compensation both for the plaintiffs who turned to us and for the public, who suffered losses, and, through us, won a refund of approximately 200 million ILS in total. These are verdicts against highly powerful commercial entities and commercial institutions, which have caused injustice to consumers, whether by marketing a vehicle with a serial malfunction, a defective product, or a discriminatory service.

Here are some examples of significant verdicts: 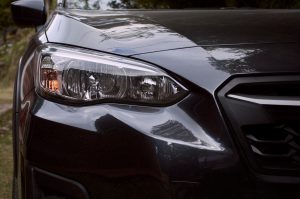 A class action lawsuit was filed against “Japanauto-Israel Auto Corp Ltd.” and against SUBARU CORP. According to the representative plaintiff, the continuously variable transmission, installed in his vehicle, had a serial defect.

An inspection, conducted by our office, revealed that this defect is common to other models of the company and to a variety of years of production. According to the prosecution, it was claimed that Subaru’s 580TR and 690TR CVT models have continuous defects that cause vibrations, jumps and transmission problems, to the point of a safety problem. This claim was based, among other things, on an investigation that revealed that a benefit was given in the US and Canada by the manufacturer to owners of Subaru vehicles with CVT gearboxes. The benefit, which was not granted in Israel, included an extension of warranty for their vehicles as well as reimbursement of expenses incurred in connection with the repair of the gearboxes. According to the prosecution, this benefit indicates the existence of the alleged serial defect. The request for approval also relied on instructions issued by the manufacturer to garages it operates in the US regarding possible repair procedures of various components installed in the gearbox.

The settlement agreement reached and validated by a verdict, grants all owners of these vehicles an extension of the gearbox warranty for 10 years from the date of hitting the road or for 160,000 km, as well as immediate free inspection and repair in case of failure. Vehicles past this date will receive an additional warranty year from the date of publication of the verdict. The agreement also stipulates refunds to those who have spent money to repair the gearboxes within the said period. The monetary value of the benefits for the car owners in Israel is estimated at tens of millions of shekels and the representative plaintiff won 200,000 ILS. 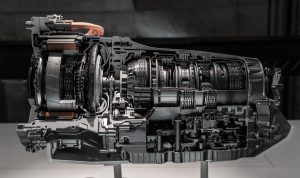 A class action lawsuit was filed against Ford Motor Company as well as against Ford importers – “Delek Motors Ltd” and “Ayalon Motors Ltd”. According to the prosecution, it is claimed that there were significant failures in the dual-clutch gearboxes of the above mentioned vehicles, which cause significant safety deficiencies, malfunctions, frustration and a decline in market value of the Focus and Fiesta models, equipped with the “Power Shift” type gearbox.

The representative plaintiffs claimed that the repairs offered by the companies did not solve the problem in their vehicles and that in addition to the malfunctions, there is a significant decline in value to their vehicles in the automotive market.

As part of the settlement agreement reached, letters were sent to all the owners of the said vehicles, in which the compensation was presented: extension of the warranty period for the gearbox for another 7 years due to clutch vibrations and / or oil leaks from the gearbox, retroactive compensation for those who paid for such repairs and 1,400 ILS of direct compensation to any vehicle owner with such a gearbox. In addition, a compensation of 150,000 ILS to each of the representative plaintiffs was awarded. 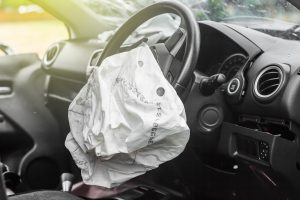 A class action lawsuit was filed against Delek Motors Ltd., FORD MOTOR COMPANY, BMW GROUP. The representative plaintiffs claimed that there was a defect in the airbags made by TAKATA CORP installed in Ford and BMW vehicles in Israel.

According to the prosecution, the alleged defect concerns the inflating mechanism of the airbag, which in the event of an accident can injure and even kill the occupants of the vehicle in the front seats. This danger is caused due to scattering of metal pieces chips by the explosion of the explosive tank when opening the airbag. According to the prosecution, the risk increases as a function of the airbag’s age and as a function of hot weather accompanied by high humidity. Takata airbags can explode because the ammonium nitrate used in them can become unstable over time, especially after exposure to temperature fluctuations and periods of high humidity.

According to the prosecution, service calls imposed on  manufacturers in the United States, Australia and Canada are evidence of the existence of a defect in Takata-made airbags in Israeli products as well, and therefore, it was claimed that the defendants had to make a similar service call for the Israeli products.

In the settlement agreement reached, the manufacturers and importers undertook to replace the said airbags in Israel as well. The representative plaintiff won 51,000 ILS. 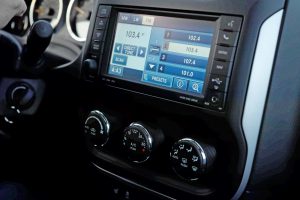 A class action lawsuit was filed against “Colmobil Ltd”., an importer of Hyundai vehicles in Israel. According to the prosecution, it was claimed that a Hebrew multimedia system called “Connected” was installed in Hyundai Kona vehicles. According to the representative plaintiff, the “Connected” system, which was presented by Colmobil as an innovative and advanced system, is a failing technological system that has not matured into the marketing phase for customers; The plaintiff also claimed that Colmobil should have known about the serial faults that were alleged to exist in the Connected system, such as: difficulty connecting smartphones via USB cable, playing music via smartphones, making phone calls, and other faults, the common factor of which is – Connected system software faults (as opposed to hardware faults in it).

The class action lawsuit claimed that Colmobil should have informed its customers about the said faults accordingly and dealt with them in a manner that would have prevented damage and aggravation.

The settlement agreement reached, resulted in free services for the vehicles of all the above mentioned vehicle owners, valuable equipment and an internet package for the multimedia system, equivalent to the amount of 3,300 ILS per vehicle owner. The representative plaintiff won 70,000 ILS. 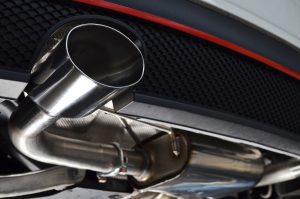 A class action lawsuit was filed against Ford Motor Company as well as against importers of Ford vehicles “Delek Motors Ltd”. According to the plaintiffs, Ford Explorer vehicles, owned by them, have a serial safety defect, as a result of which the exhaust gases penetrate the passenger compartment of the vehicle and endanger its users.

The lawsuit filed claimed that “Ford” already knew in 2012 about the alleged defect in the exhaust system, even before the company began receiving complaints about this issue. It was also claimed that an investigation revealed that in 2016 Ford issued a letter to all its customers in the US regarding this matter, in which it admitted that there was a serial manufacturing defect in the vehicles allowing hazardous gases, including lethal amounts of carbon monoxide to enter the vehicle’s passenger compartment. It was found that Ford offered its customers in the US free inspection and repair of their vehicles. Following this, it was claimed that the National Highway Traffic Safety Administration (NHTSA) began a wide investigation into the matter.

The settlement agreement reached, ruled that the group members would be notified that there is a plan that provides a free inspection and repair to customers who feared an intrusion of odors or exhaust gases into their vehicles. The company also committed to provide free repairs, as long as the problem persists, just as it’s done in the US. Each of the plaintiffs won 22,000 ILS. 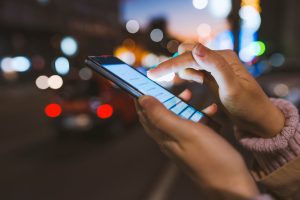 A class action lawsuit was filed against LG Electronics Inc, Ronlight Digital Ltd., and Best Mobile Ltd. According to the prosecution, it is claimed that there are two failures in the LG-G5 device: in the GPS component and in the screen itself.

The representative plaintiffs claimed that the failures made it impossible to use location services on their phones, and the problem with the screen (“burn”) prevented reasonable use of it. According to them, the “burn” problem caused remnants of the previous screenshot to appear during browsing. They were required to send their devices for repair, but it was claimed that after several months of use the problem appeared again. In addition, the plaintiffs claimed that the market value of their device decreased when it was sold as a second hand item.

The settlement agreement resulted in an extended warranty for 5 years for all device owners, and the representative plaintiffs won 78,000 ILS.

A class action lawsuit was filed against “Leumi Card Ltd”. According to the prosecution, it was claimed that Leumi Card offered a “1 + 1 indulgence plan” according to which you can purchase a coupon that allows you to purchase a certain product at a list price, and receive another product for free. According to the plaintiffs, when the benefit expires (two months after the date of purchase on the website) the customer does not receive either the same product or the original product he purchased at full price. Thus, the plaintiff claimed, the company illegally enriches itself at the expense of customers through “discriminatory terms in the contract”. The prosecution claimed that the site’s rules were misleading and it could be understood that even if, by mistake, the coupon was not used within two months, it would still be possible to get the original product paid for at the business, only without the “benefit” of the same product. In reality, when the period, during which the coupon could be used, passed its deadline, the company took the money and did not return it to the customer. The settlement agreement yielded benefits to affected customers, worth approximately 3,819,153 ILS. The company also added a clarification in the program rules, that after two months from the purchase, the coupons cannot be used – neither in relation to the original product nor in relation to the same free product. The representative plaintiff won 70,000 ILS.